Counter Forced Labor is a woman and disabled veteran-owned advisory firm, founded on the belief that businesses can and should be agents to improve the lives of all their stakeholders. With a primary focus on the effort to counter labor trafficking in supply chains, Counter Forced Labor offers a uniquely flexible and comprehensive risk and compliance solution for our clients.

Through industry-leading intelligence, unsurpassed supply chain expertise, and proprietary technology, we transform data into actionable information. This enables decision makers in management to create sustainable business value for their organizations. Our team of intelligence, supply chain and technology professionals is committed to our founding principles and to the success of our clients.

We engage AON Cyber Solutions as an independent third party to test and review
all of our products to ensure the safety and security of our systems.

Corporate sustainability starts with a company’s value system and a principles-based approach to doing business. This means operating in ways that, at a minimum, meet fundamental responsibilities in the areas of human rights, labour, environment and anti-corruption. Responsible businesses enact the same values and principles wherever they have a presence and know that good practices in one area do not offset harm in another. This is why we are a proud member of the United Nations Global Compact and will continue to work with our clients and the UN to counter forced labor in the global supply chain. 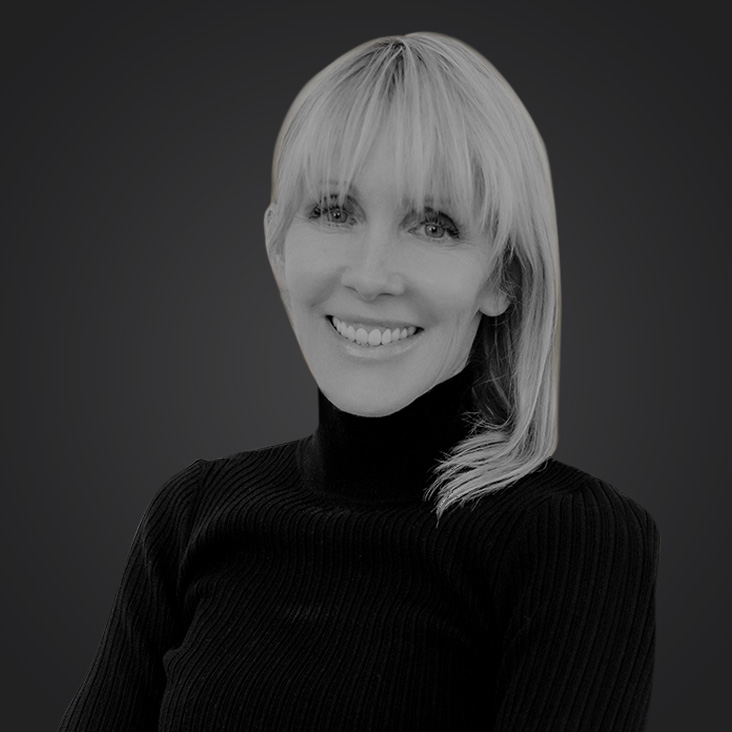 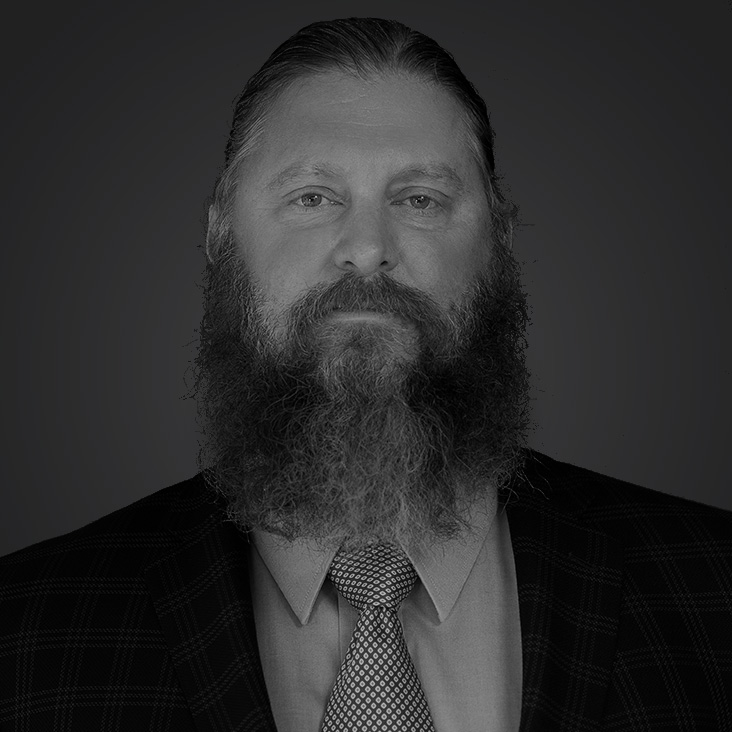 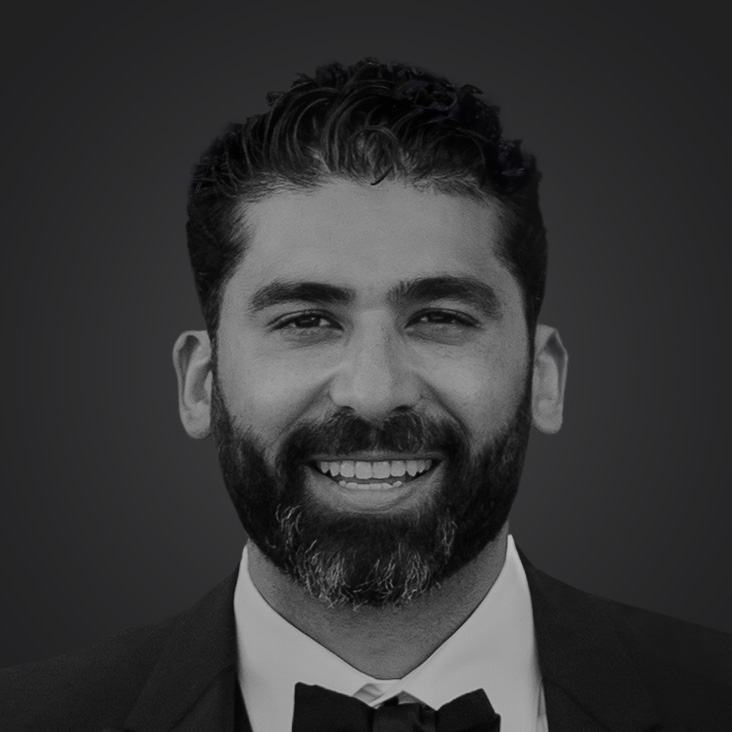 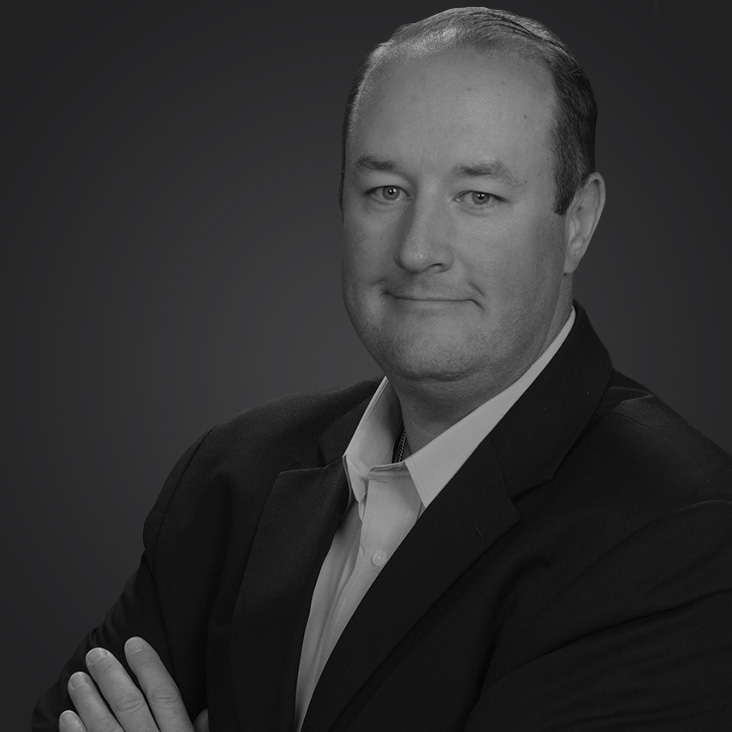 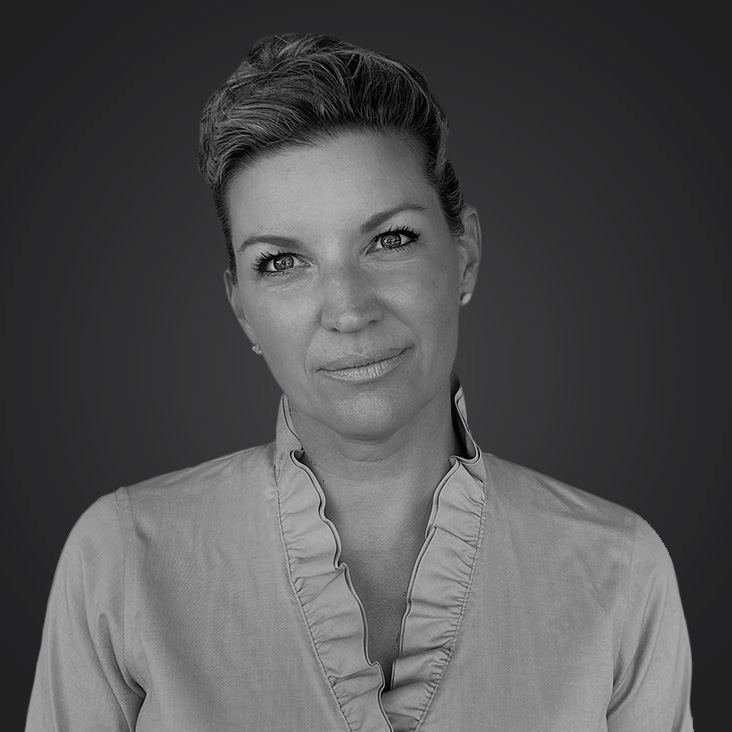 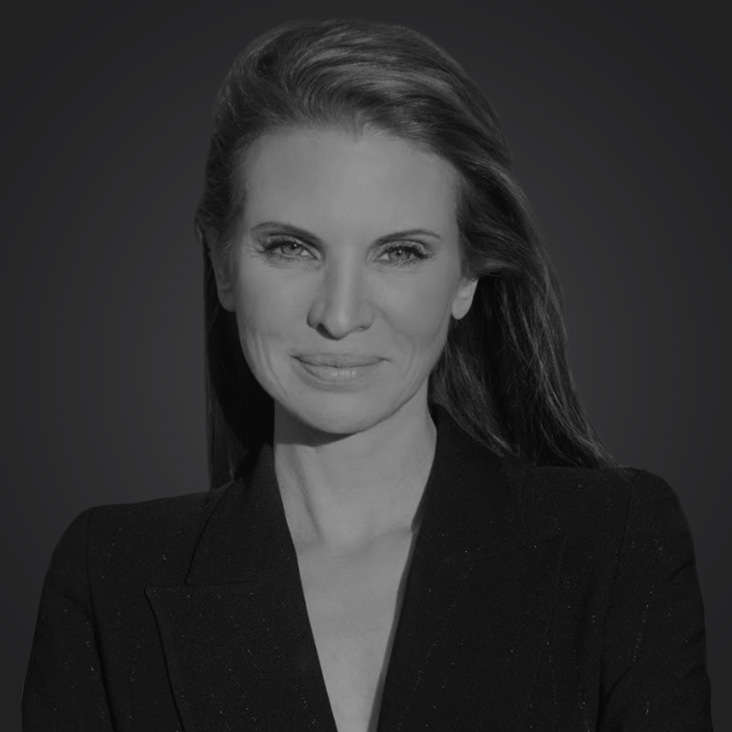 Mrs. Rizk is the Founder and CEO of Counter Forced Labor, a global compliance and advisory company that provides corporations with various services including the training, assessment, research, and supply chain transparency required to combat human trafficking, forced labor, and child labor. Counter Forced Labor provides corporations and businesses with the technological solutions needed to better manage the risk of slave labor and/or human trafficking in the supply chain.

Mrs. Rizk is also the Co-Founder, CFO, and Managing Partner of Rizk Ventures and been instrumental in sourcing and initiating many of the early-stage investments for the company. Mrs. Rizk also leads the Rizk Ventures philanthropic initiative by supporting and partnering with countless charitable organizations to promote awareness for the needs of injured service members, to support youth education initiatives, and to combat the effects of poverty.

Mrs. Rizk has received numerous awards for her charitable efforts including the STRANG Humanitarian Award (STRANG Cancer Prevention Center is a diagnostic and research facility for the detection and prevention of cancer), the Wheelchair Charities Humanitarian Award (Wheelchair Charities supports and enhances the quality of life for paraplegics and quadriplegics at the Goldwater Memorial Hospital in New York), the Colleen Giblin Foundation Humanitarian Award (Colleen Giblin Foundation supports children’s neurological and cancer research), and an honorary special recognition by Operation Game On.

Mrs. Rizk serves on the Advisory Board for Operation Game On, an innovative golf rehabilitation program for returning combat-injured troops suffering from physical and mental disabilities and was recently elected to the University of North Carolina’s Board of Visitors Class of 2021. Mrs. Rizk previously served on the board of directors for the Institute for Educational Achievement, the nation’s most prestigious non-profit school for children with autism.

Linda Rizk received her B.A. in Economics from Rutgers University Douglass College and worked in public finance as an investment banker while completing her M.B.A. in Finance from Pace University.

Lt Col James D. Wiley, USMC (Ret) is the Chief Operating Officer of Counter Forced Labor, and he brings decades of operational and leadership experience to Counter Forced Labor. Mr. Wiley has extensive experience in Human Intelligence and Signals Intelligence collections and analysis, and currently holds the nation’s highest level of security clearance. His background in Special Operations Command, the United States Marine Corps, and as a sworn Law Enforcement Officer uniquely qualifies him for investigation, location, and acquisition of trafficked individuals and the identification of human trafficking networks.

While working for U.S. Special Operations Command Central, Mr. Wiley developed the Counterterrorism Engagement Program, and had a lead role in standing up the only Crisis Response Element for US Central Command, and coordinated international counterterrorism efforts in key regions. He also directed U.S. Special Operation Forces in Cairo, Egypt during the largest combined military exercise of its kind.

Mr. Wiley has experience in concept development, detail planning, briefing, instruction, and has conducted surveillance, security, undercover operations, and complex investigations. He has served as an operator, instructor, and team lead for numerous high level Protective Services Detail operations for presidents, heads of state, and private parties throughout the world. He has an extensive network of domestic and international contacts in law enforcement, Non-Governmental Organizations, and Other Government Agencies.

Mr. Wiley has acquired additional expertise in science, technology, and agriculture. He has worked with U.S. Special Operations Command Science and Technology and served as an advisor to Carnegie Mellon’s Software Engineering Institute. He supported the creation of new methods of data visualization, the development of new reporting tools, the formation of alliances, and the implementation of programs that counter human trafficking.

Mr. Wiley has received a succession of awards and commendations from the United States Marine Corps, Special Operations Command, Law Enforcement, and the Intelligence Service.

Mr. Wiley received a B.A./B.S. from the University of Colorado and has earned several certifications through his training and schooling at the Department of Defense and other Intelligence agencies.

Wil brings to Counter Forced Labor over two decades of experience in operations and consulting. Wil began his career as a nuclear engineering operator in the US Navy where he went on to earn a degree from Auburn University, and a commission as a surface warfare officer with a sub-specialty in nuclear propulsion engineering. Following his military service, Wil earned an MBA from the University of Notre Dame – Mendoza College of Business prior to beginning his consulting career.

A recognized expert in supply chain and operations, Wil has been a featured speaker on operations and procurement at numerous conferences around the world. His consulting experience includes working at some of the largest consulting firms in the world, and building successful boutique firms. He has served dozens of clients across a variety of industries delivering projects in over 20 countries on five continents.

Long committed to community involvement, Wil serves on the Board of Directors for Goodwill Industries of Northern Indiana and as Chair of its Strategic Planning Task Force. He has also served as a business advisor for graduate programs at the Mendoza College of Business, and sponsors numerous student organizations in local public schools.

Charity Morsey is a national security expert, professor, diplomat, and author. She served as the first Special Assistant on International Affairs for the Science and Technology Directorate at the U.S. Department of Homeland Security and as a Senior Policy Advisor on Nuclear Nonproliferation at the U.S. Department of Energy in the George W. Bush Administrations. Additionally, she served as an Analyst in the California Governor’s Office of Homeland Security. In her roles Morsey wrote and provided expertise on novel policies in counter terrorism, bioterrorism, critical infrastructure protection, and counter human trafficking. She has traveled to over thirty countries during the course of her career and speaks five languages. Presently, Morsey serves as an appointed committee member for the Emergency Disaster Preparedness Committee in her home town and volunteers as a motivational speaker at a local women’s and children’s shelter. She has a Bachelor of Arts in International Affairs and a Master’s Degree in Public Policy from Pepperdine University.

Leelila Strogov is a journalist, published author, editor, entrepreneur, and filmmaker. As an investigative reporter and producer for Fox 11 News in Los Angeles, she was nominated for numerous Emmy Awards.

As a filmmaker, her short film “Someone Good Will Find You”, based on a short story by Etgar Keret, received awards at IndieFest as well as the Madrid International Film Festival.

She is currently working on projects in both film and television.

Scott brings over 15 years of professional experience to Counter Forced Labor. His consulting career has focused on leading projects for Fortune 500 clients to achieve transformational results in technology, operations, and supply chain processes. He began his career as a staff auditor and made the transition to consulting after spending time working through an audit and tax rotational program. Outside of project work, Scott has a particular passion for training and research. He can often be found leading training sessions or writing research papers on the latest trends in the technology and supply chain.

Scott holds both Bachelor’s and Master’s degrees (with Honors) in Accounting from the University of Illinois. In his free time, Scott enjoys spending free time with his young daughter and helping out as a member of the Brother Rice Foundation Alumni Committee focusing on CFO duties. He also serves as a mentor to Young Professionals as part of the Armenian General Benevolent Union of New York City.